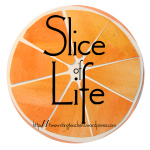 I smiled to myself all spring. I hugged the thought to myself month after month. As the time approached I felt like I was holding a secret close–a delicious secret. Whenever I thought about it, I felt buoyed, lifted with excitement. I savored the waves of pure, sweet anticipation.

It all started last fall, when one of my best friends from college called and proposed that some of us get together to celebrate our 50th birthday year. Over the next few months, she found a house to rent on the coast of Maine, and after a flurry of e-mails, texts and phone calls, and plane and car reservations, six of us committed to be there.

In 1985 we arrived wide-eyed at college, coming from Ohio, New York, Maryland and Kentucky. Most of us met our freshmen year: In fact, 5 of the 6 of us were in the same freshman dorm–4 of us on the same floor. Bashford Hall. 2nd floor. Over the years some of us have stayed in touch, while others drifted off in different directions. In some instances, we hadn’t seen each other in 28 years! (How is that even possible?)

Now, in 2017, we were coming to Maine from Oregon, Ohio, Maine, and Kentucky. Between us, we have 12 children. The youngest is 12 and two have already graduated from college. We all have turned or will turn 50 this year. (How is that even possible!?) We were all excited to reunite and perhaps slightly nervous. How would this be? A whole week together after so many years apart…

On Friday, July 22nd, the first three arrived at my house–Long hugs, tears and exclamations of “OMG, you look just the same!” The years simply fell away and as one friend later noted, “we didn’t miss a beat.” That night we looked through an old photo album and a scrap book. (Ok. Maybe we don’t look exactly the same.)

Over the course of the week, we adventured in the daytime and then after dinner, sat around the kitchen table talking late into the night. Our sixth friend joined us and some of us had to depart early. We reminisced and we shared our stories from the past oh-so-many years. I was repeatedly astonished and moved by how connected I felt with these women and by how openly and easily we shared. Heartaches and triumphs. Births and deaths. Hopes and dreams. Fears and concerns. The years fell away. Past and present merged.

Now that our week has ended and we’ve all returned to our homes, I look again at those college pictures. We were so young. So fresh. So new. We met at such a pivotal time in our lives. The ties that bound us then were clearly stronger than the passage of years, for neglected as they were in some cases, they never broke. I’m still trying to process our week together–to make sense of the intensity of our connection. But mostly, I’m smiling to myself through the lingering goodbye tears and hugging the thought close to me. I have a delicious secret–a renewed connection to five fabulous women who knew me back when I was getting to know myself. In the words of the Kahlil Gibran, my heart has found “its morning and is refreshed.”